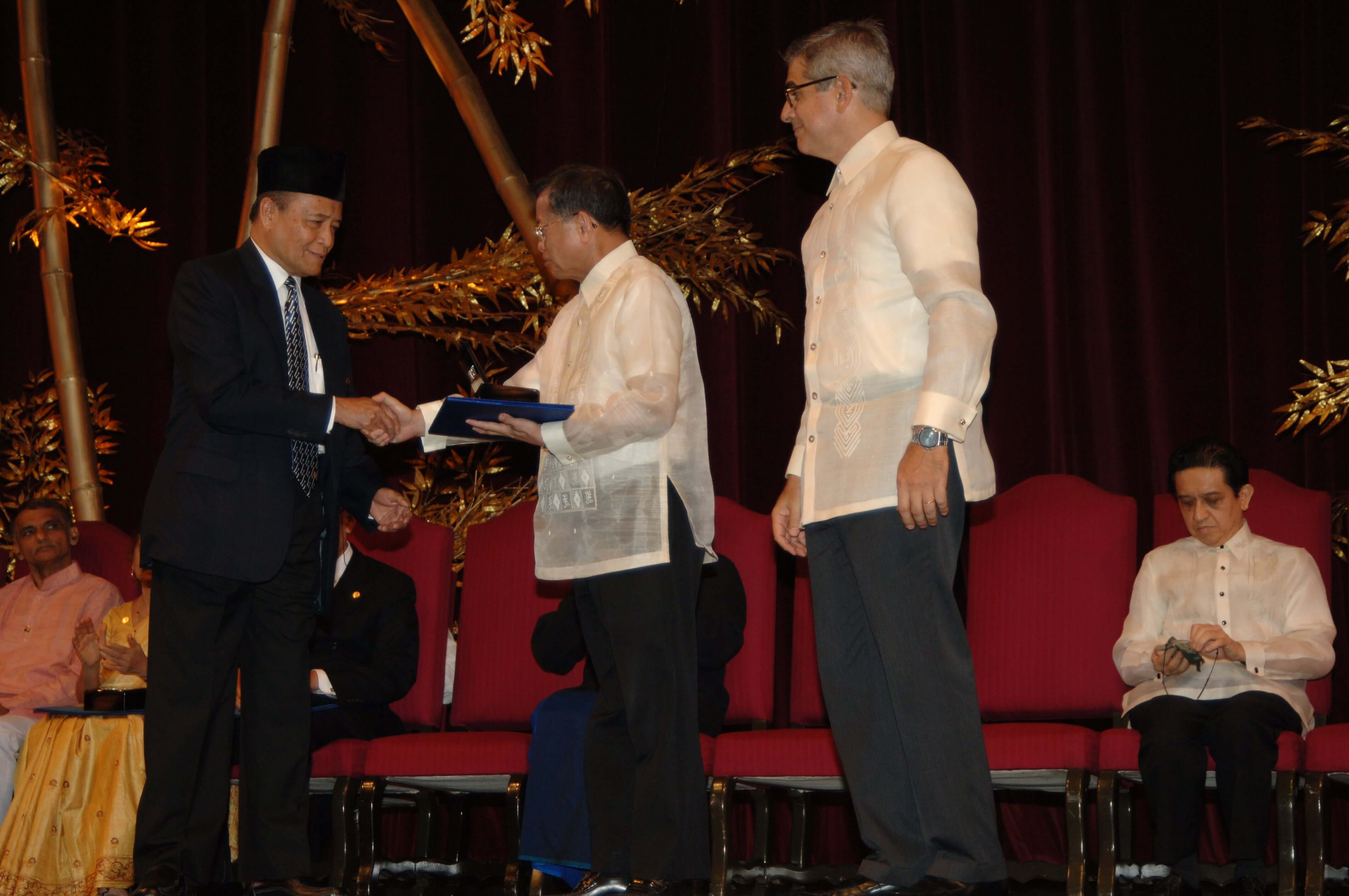 Buya SYAFII, as his friends and colleagues fondly called him, was a renowned Muslim intellectual and a champion of pluralist democracy in Indonesia – a country that has the world’s biggest Muslim population. He died at the age of 86 after being treated for heart problems on 27 May 2022 in a hospital in Yogyakarta.

Indonesian President Joko Widodo expressed his sympathies and mentioned his recollection of Buya SYAFII as “the teacher of the nation who had lived a very modest life” and for being the “best Muhammadiyah member who always respected diversity and voiced religious tolerance”.

Buya SYAFII was best remembered as the chairperson of Muhammadiyah, one of the largest and biggest Muslim organizations in Indonesia. In 1998, he was elected in the post in the midst of a political unrest after the downfall of his country’s longest serving president, Suharto. The Indonesia’s political transition warranted a fresh hope for democracy, reform, and good governance. The task, however, was more than challenging as the country was faced with inexperienced democratic leaders, political system marred with a culture of mutual distrust, and economy in brittle because of the Asian financial crisis. Buya SYAFII, on these turbulent times, became a force of calm and moderation. 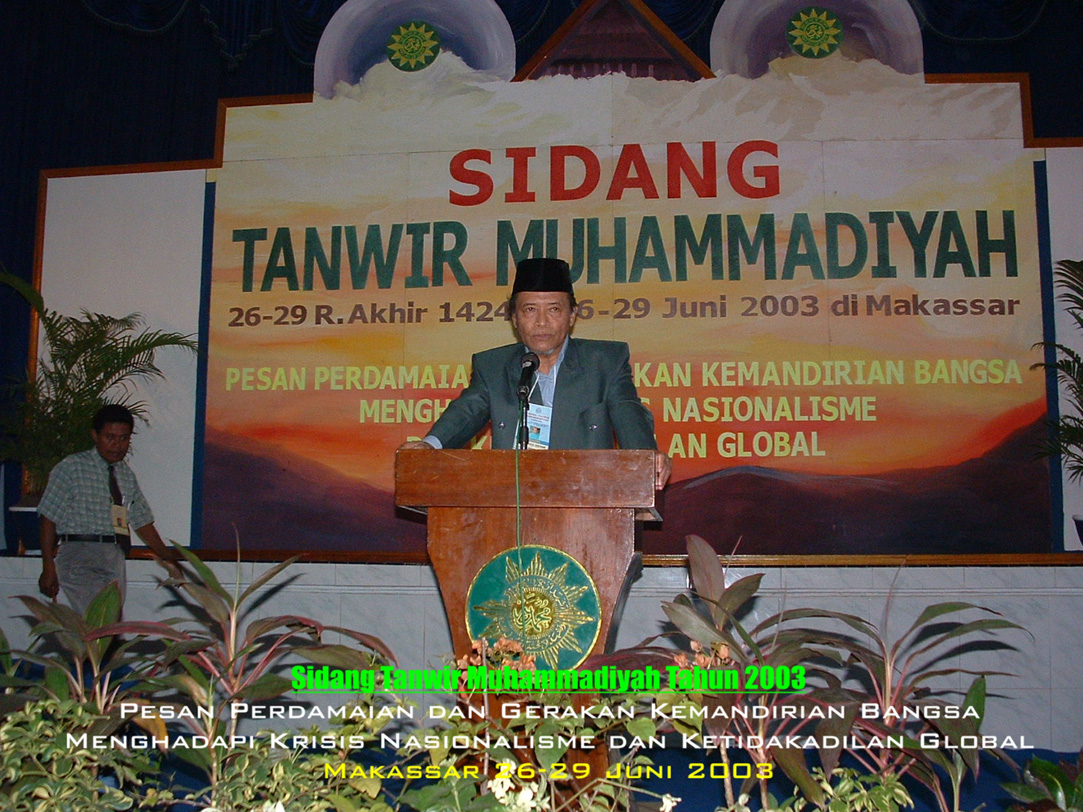 During the 2003 Tanwir Muhammadiyah Session, 2008 Ramon Magsaysay Awardee Ahmad Syafii Maarif delivered a message of peace as the nation's independence movement faces the crisis of nationalism and global injustice.

He embraced diversity and highly regarded harmony as a way of living among Indonesian Muslims and Christians. He never faltered to underscore on Islam’s teaching that equality should be afforded to all peoples. Buya SYAFII denounced terrorism as “not the authentic face of Islam” and equated it as a “crime against humanity”. He took the lead in interfaith dialogues and was on the forefront to challenge the call for an Islamic state and the implementation of the Shari’a. For he regarded with utmost importance the principle of pluralism, he stressed the value of his country’s Panca Sila as the right principles for Indonesia’s pluralistic nation.

He continued to be a voice of reason even after his leadership role in Muhammadiyah. He founded Maarif Institute for Culture and Humanity, which is advocating for democracy, human rights, diversity, and tolerance.

Indonesia Vice President Ma’ruf Amin said that his examples and thoughts must be continued by all parties. “As a teacher of the nation, his thoughts are very soothing, moderate, and can be accepted across generations,” Amin added.

Minister of Religion Yaqut Cholil Quomas or Gus Yaqut took note of Buya SYAFII as a “scholar figure who inspired many people, including him” and as “someone who was consistent in defending the truth, protecting the Republic of Indonesia, and playing a role in maintaining religious harmony in the country”.

Jesuit priest and social scientist Franz Magniz Suseno said that Buya SYAFII was “a Muslim who made me understand Islam, a Muslim who was open to others, who showed that a deep sense of religiosity can go together with deep sense of nationalism”.

Through his work on prioritizing mutual respect and taking hold of it as far more important than self-righteousness, the RMAF Board of Trustees recognizes his guiding Muslims to embrace tolerance and pluralism as basis for justice and harmony in Indonesia and in the world at large.

In his acceptance speech when the Ramon Magsaysay Award was bestowed to him, Buya SYAFII stated:

“My philosophy is simple: not only believers have the right to live and prosper in Indonesia, but non-believers-even atheists-have the right to coexist with believers, on the condition that they respect and honor each other peacefully. Peace is always costly, but without peace, life becomes irrelevant and meaningless!”

Your perspective on looking at humanity and justice as key to global wisdom, and fostering harmony amidst diversity are values highly regarded. 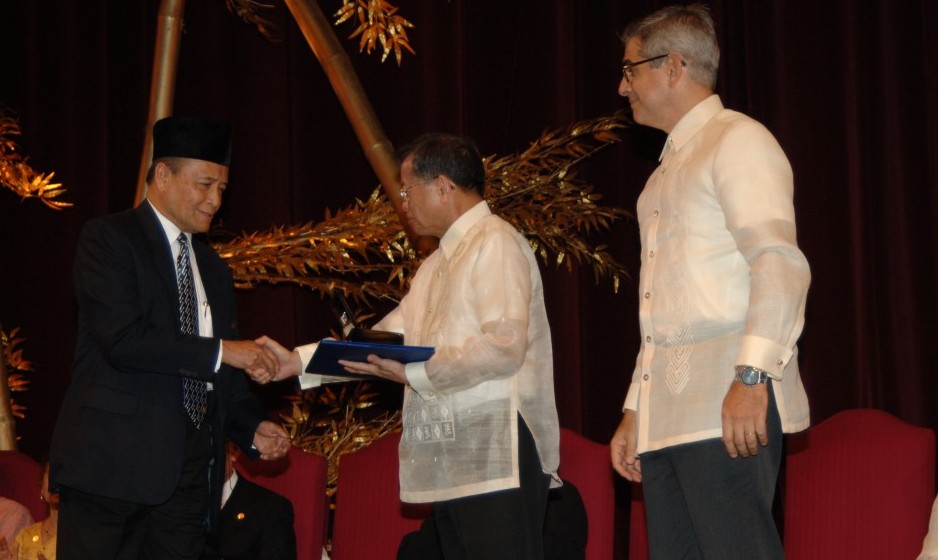 Thank you, Mr. Ahmad Syafii Maarif. Allah Hafiz (May you be in the protection of God).