Bravo, ASIA!: Feast for the Senses, Food for the Soul 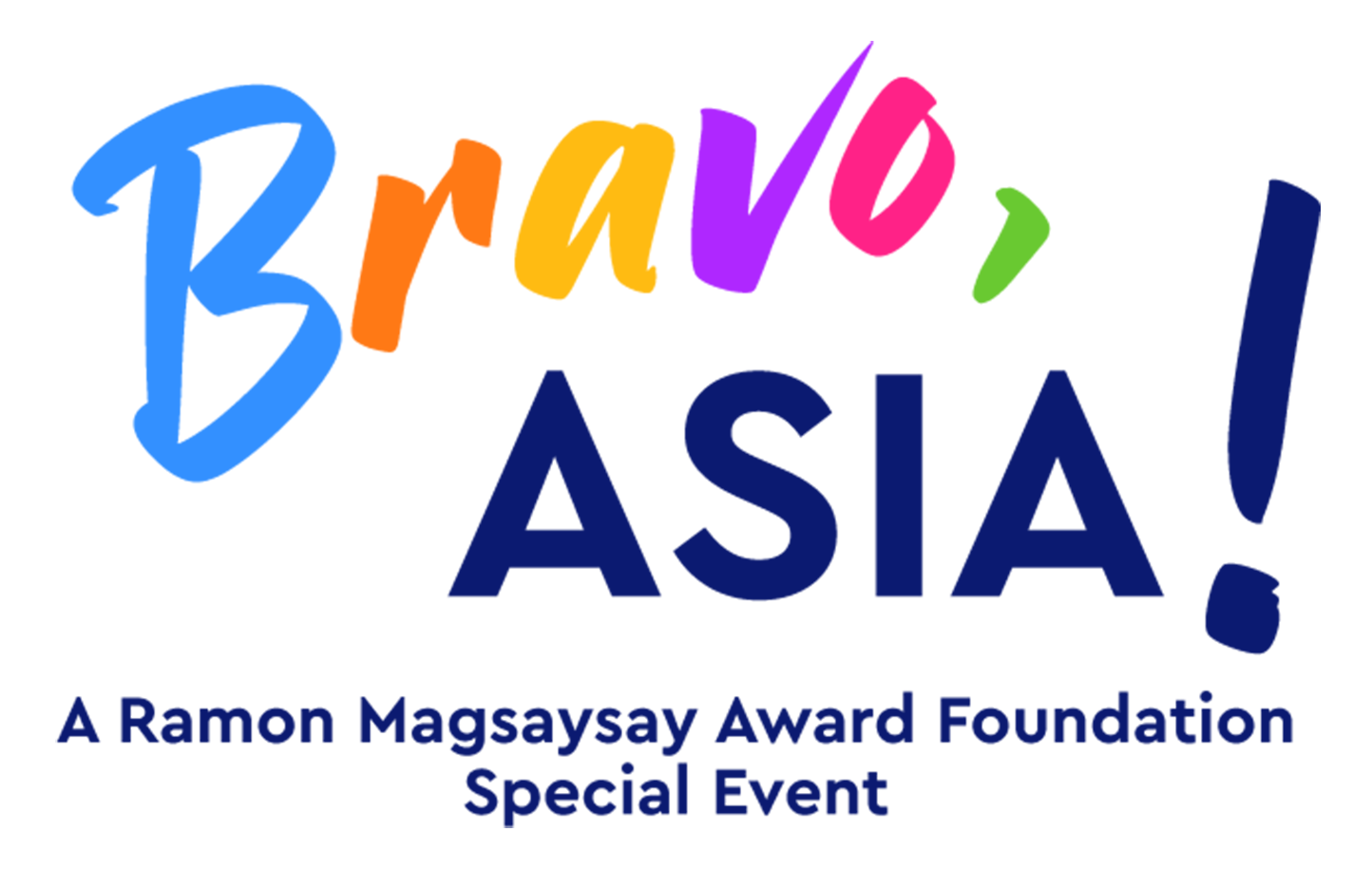 The value of art and culture is immeasurable – they bring communities together and bridge the gap between cultures. It has been said that they induce wonder, delight, and wisdom; pleasing the mind and the heart. Numerous studies have also shown that art has a positive impact on our health and wellbeing, society and education, and even the economy.

Asians are fortunate for having cultivated rich and wonderfully diverse cultures, and resplendent art that has flourished in every form. This has always fascinated people through the ages and attracted tourists from all over the world.

The Ramon Magsaysay Award Foundation is celebrating the region’s precious heritage of creativity with a virtual festival that brings together illustrious Magsaysay Laureates who have distinguished themselves in the arts – **Bravo, Asia!**

**Bravo, ASIA!** is a showcase of the region’s excellence in the arts. It promotes Asian pride, and will give the global audience a taste of the best of Asian talents, experienced through the digital space. It salutes Greatness of Spirit through the prized work of the Ramon Magsaysay Awardees.

A renowned Indian Karnatik musician who is breaking caste systems and healing India's divides through the power of music. He was elected to receive the Ramon Magsaysay Award in 2016 for “his forceful commitment as artist and advocate

and class to unleash what music has to offer not just for some but for all.”

Showcase: An exclusive performance of Karnatik music by T.M. KRISHNA

Taiwan’s premier dancer and choreographer whose brilliantly original dance compositions and stunning performances now rival the best in the world. He received the Ramon Magsaysay Award in 1999 for “revitalizing the theatrical arts in Taiwan with modern dance that is at once eloquently universal and authentically Chinese.”

A Filipino writer and journalist whose prose and poetry illustrated the plight of Filipinos in a postcolonial society, allowing them to have a better understanding of their national identity. He was bestowed the Ramon Magsaysay Award in 1994

for “exploring the mysteries of the Filipino body and soul in sixty inspired years as a writer.”

Showcase: A theatrical performance of an excerpt of NICK JOAQUIN's “A Portrait of the Artist as Filipino.”

An internationally-acclaimed master filmmaker from Japan who directed some of world cinema’s modern masterpieces. He was granted the Ramon Magsaysay Award in 1965 for “his perceptive use of film to probe the moral dilemma of man amidst the tumultuous remaking of his values and environment in the mid-20th Century.”

Showcase: An exclusive film screening of RASHOMON and a pre-recorded panel discussion on the legacy of AKIRA KUROSAWA, in partnership with Japan Foundation Manila.

A distinguished Filipino writer, he challenged Philippine society’s colonial point of view and restored the poems and stories of vernacular writers to an esteemed place in the Philippine literary canon. He received the Ramon Magsaysay Award for Journalism, Literature, and Creative Communication Arts for “his asserting the central place of the vernacular tradition in framing a national identity for modern Filipinos.”

A showcase on the work of renowned literary icon, BIENVENIDO LUMBERA.

One of the Philippines’ artistic pillars whose work is known for shaping Filipino music culture. He received the Ramon Magsaysay Award in 2019 for “his compositions and performances that have defined and inspired Filipino popular music across generations; his indomitable, undeterred confidence to selflessly seek, mentor and promote young Filipino musical genius for the global stage; and his showing us all that music can indeed instill pride and joy, and unify people across the many barriers that divide them.”

7 - 9 PM PHT, via the Bravo, ASIA! Microsite (https://bravo.rmaward.asia/). It will also offer a two-day film screening of “RASHOMON” exclusively streamed online via Vimeo. The two-day online shows will be livestreamed via the microsite and social media.

This is a rare celebratory event that will show the world what makes us #ProudToBeAsian.