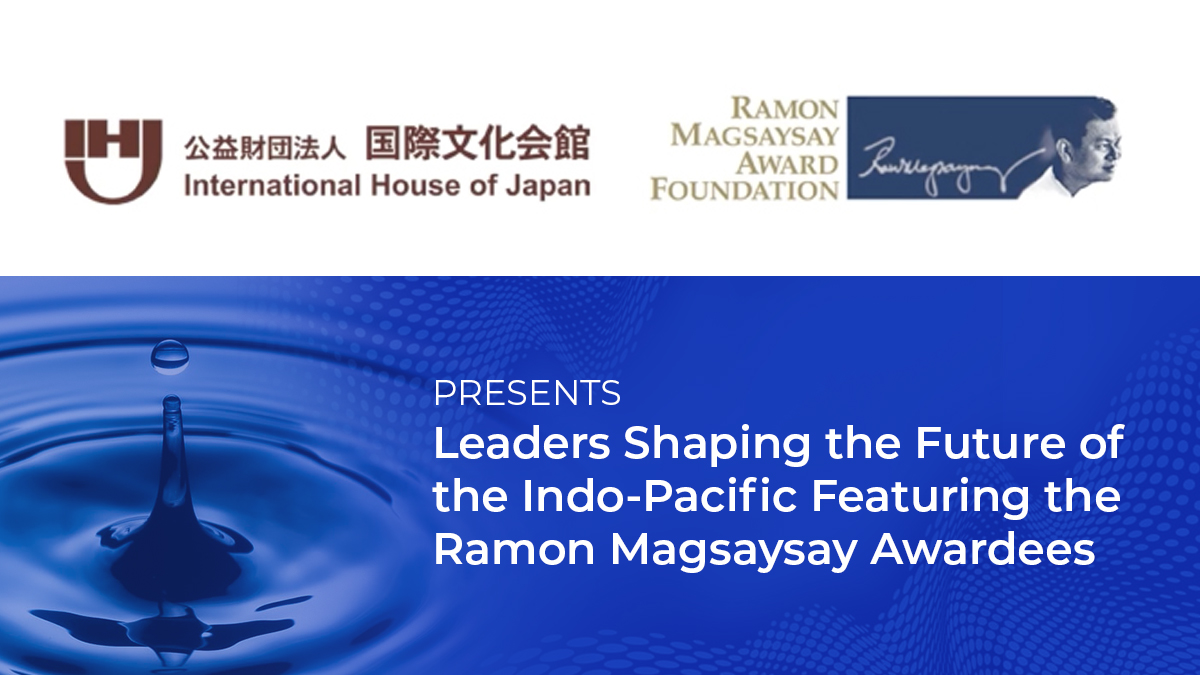 We talked to I-House Chairman, Mr. James Kondo, and discussed what to expect through the collaboration, and what the future of Asia looks like.


RMAF: Why did the International House of Japan partner with the Ramon Magsaysay Award?

Kondo: We are sister organizations that share a founder—John D. Rockefeller 3rd—and a commitment to the Asia Pacific region.

Sharing much in common, it was only natural for us to partner.

RMAF: What is the role of institutions like IHJ and RMAF in influencing the discourse in the region?

Kondo: The key is independence and values. We are seeing a rise in geopolitical tensions, authoritarianism, nationalism, inequality and attacks on minorities. We need independent organizations like IHJ and RMAF to stand for important values that have preserved peace and prosperity in the Asia Pacific region.

RMAF: For this initial partnership, IHJ and RMAF are producing a video series on transformative Asian leaders/Ramon Magsaysay Awardees. Why did IHJ choose this product?

Kondo: I want more people in the region and the world to know about the important work that Ramon Magsaysay Awardees are doing in Asia. Susan and I have agreed that it needs to be an award that all Asians recognize and aspire to.

RMAF: What were some of the "new discoveries" that you had in the course of producing the video series on some Ramon Magsaysay Awardees?

Kondo: That we need to do more to give a voice to the voiceless. That we need more courage to do what is right.

RMAF: In what direction would you like to take this partnership with the Ramon Magsaysay Award Foundation?

Kondo: I see so much potential. We are starting with a project, but I would like to formalize this into a strategic partnership to build a better region. Let's make that a goal for 2022!

You may watch episodes of "Leaders Shaping the Future of the Indo-Pacific, Featuring the Ramon Magsaysay Awardees” through the I-House YouTube channel.