THE POVERTY OF OLD AGE: Life after the glory 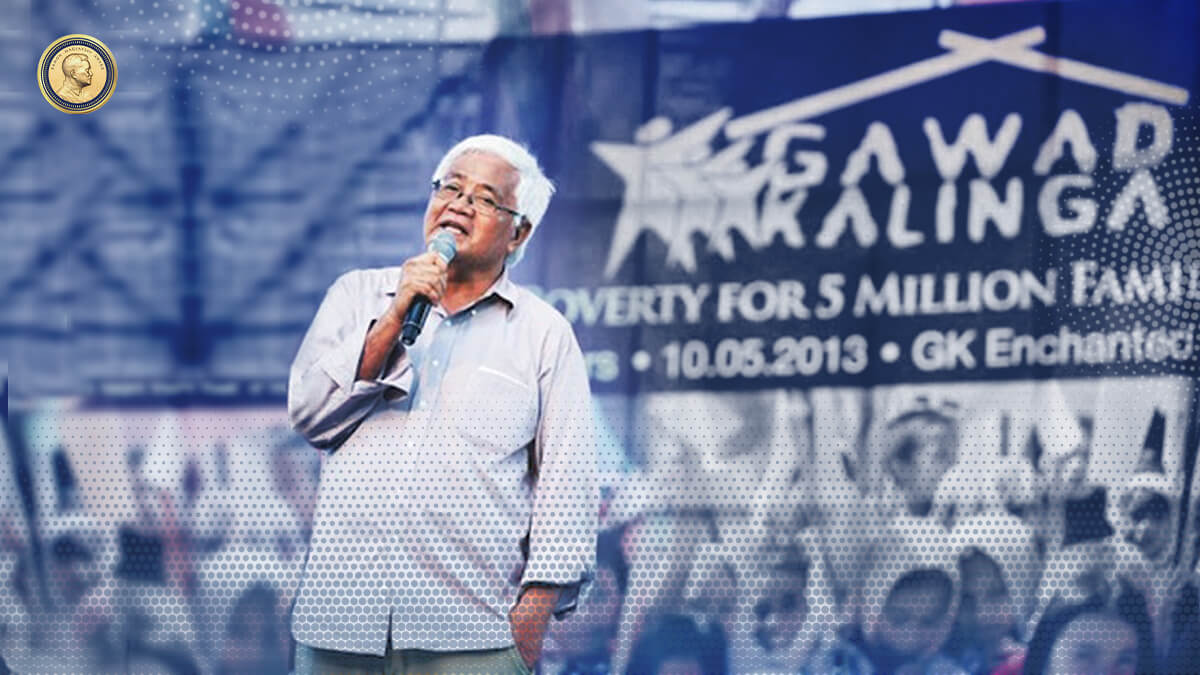 I have been in a silent war in the last seven years with the most formidable form of poverty I've faced – old age.

It is particularly devastating to men. To many, including men of significance, it can come with depression, dementia, high blood pressure, diabetes and impotence. The loss of a sense of value, power and glory diminishes the passion for life.

Women often cope better with a strong support system built over the years - caring for their children and grandchildren, a more prayerful life, korean telenovela and a wide set of female friends to travel, shop and do works of mercy with.

The silent foe came to me like a thief in the night, stealing my strength, my sanity, my sense of purpose, my passion for life and my quiet peace.

It was an insidious enemy within that I was not taught to deal with. My struggle with old age was aggravated by my battle in over three decades with severe psoriasis. At the World stage of Davos, Zermatt, Lille, Lyon, Oxford and Harvard – I was the untiring and animated storyteller of inspiring acts of heroism of countless Gawad Kalinga volunteers. But back in my hotel room, I was the tired, old, sad and lonely messenger coping with pain from sores and joints, quietly applying steroids on an aging body covered with scales and patiently wiping the pus and the blood from the wounds in my most private parts. I self-medicated with a potent anti-cancer drug that gave me temporary relief from my sores and cleared the scales from my hands, face and scalp but it was damaging my liver and caused me added pain, depression and irrational behaviour.

I drank heavily to deal with the enemy that I could not see.

After my drunken stupor one day from an all night of drinking, I hailed a taxi to take me to the airport and boarded the first available early morning flight to Bacolod City. I spent the whole day in silence, embracing my nearly centenarian mother who was hard of hearing and blind. There I found my momentary peace. I returned to Manila late in the afternoon, temporarily relieved of my anxiety attack and depression.

It was time to go as my inner battle got worse. I envied the young for their vitality and virility as I mourned the loss of mine. And it made me angry as I became more powerless physically and mentally. I lost my greatest source of transcendence over the years that helped build Couples for Christ and Gawad Kalinga- kindness and forgiveness.

My uncontrollable temper and crazy behaviour confused and hurt people who genuinely cared for me and the only course for me was retirement from the social movement I loved.

It took a year of isolation, spiritual psychotherapy and detoxification from the harmful psoriatic drugs my body got addicted to that stabilized me physically, emotionally and spiritually.

At the start of my isolation in a farm in Batangas, I struggled with severe pneumonia, high blood pressure, arrhythmia, diabetes, weakening bones and back pains. And sadness that the end was near.

Then an act of grace sent me new friends who were facing their own personal grief, struggles with aging and loss of worth and purpose.

Together we discovered the divine plan for Paraiso to be a healing farm.

The Serenity Chapel was built to create a sanctuary for rest and harmony. Prayer became the heart of healing for many wounded healers like me. 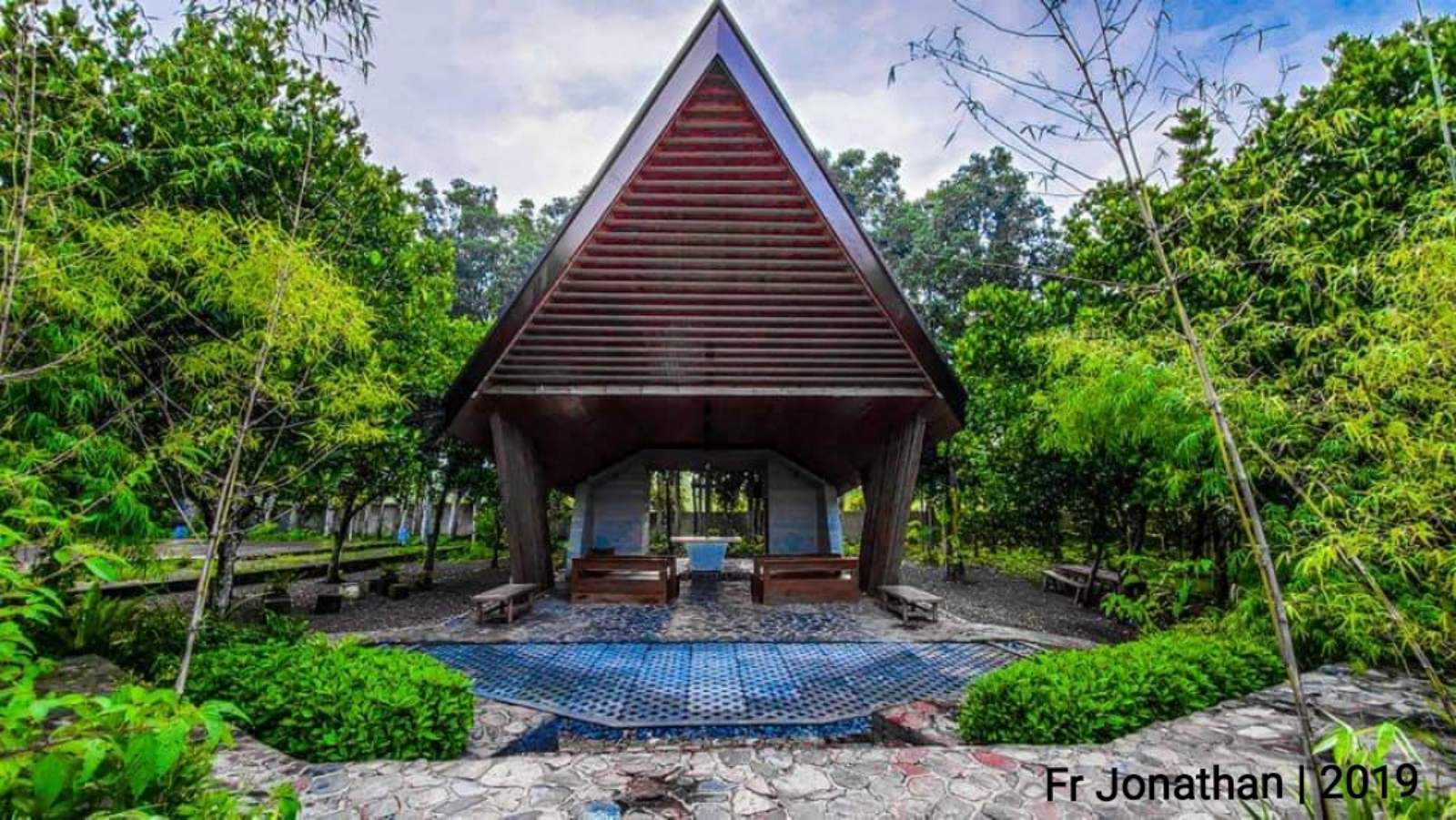 And we experienced the renewed power of faith in action whenTaal erupted. Paraiso was miraculously spared from the devastating ashfall due to a shift in wind direction. In gratitude, our community of nearly a hundred believers mobilized to cook and distribute healthy organic food for a thousand evacuees in the towns of San Jose and Cuenca daily for two weeks.

And the men built five toilets and bath in the public schools where the evacuees were temporarily housed.

Then COVID-19 came and stayed around for two years. It hit me badly, but after a week in the hospital and another three weeks of isolation, I survived with prayers from everyone who cared for me, the best that science could provide and my renewed will to live for a divine plan that was becoming clearer to me.

The most devastated and depressed from the twin disasters that hit us in succession were the indigent elderly.

Loneliness with old age is a form of poverty that is difficult to deal with.

To cheer them up, we started the SENIORS FAITH CLUB (SFC) on February 14, 2020 with a Valentine's Party at Paraiso Farm to feed the hungry, heal the sick and comfort the lonely.

Since then to-date we have been gathering 200 of them monthly to plant in their hearts our key messages – that they have value, that they can still help others and they can choose to be happy. After each celebration with inspirational talks and prayers, a buffet lunch of healthy farm food, prizes from games and raffle, they go home happy with vegetables and fruits and a month's supply of vitamins and health supplements. At the height of strict restrictions on public gathering during the pandemic, we delivered the food to the homes of the elderly, prioritising those who were handicapped or bedridden.

On October 1 and 2, 2022, we will celebrate World Week for the Elderly with a SENIORS EXPO, hoping to gather a thousand of them for two days to learn how to celebrate life in our advanced years. The big goal of the EXPO is to empower the participants to start their chapter of SFC in their town to help care for the 143,000 senior citizens of Batangas. And to also inspire others to start the initiative in their provinces as there are 12,333,000 senior citizens in the Philippines as of this year's count - a third of them live in severe material and emotional poverty.

At 72-years-old, I feel a new surge of energy in my bones despite the weakness in my knees and the pain in my joints. It is a new sense of purpose that has given me renewed passion and strength.

They say that the young have dreams, the old have memories.

I start my day now with the prayer and hope that I'm not too old to dream for those who have lost their capacity to dream.

That I'm not too sick to heal others with greater pain.

ANTONIO MELOTO is the founder of Gawad Kalinga, a Philippine-based poverty alleviation movement. In 2006, ANTONIO MELOTO received the Ramon Magsaysay Award, Asia's premier prize and highest honor, for "his inspiring Filipinos to believe with pride that theirs can be a nation without slums."

Writer's note:
This article honors a great man, Bobby Joseph, who helped me build Paraiso as a Healing Farm. He died early this morning, June 13, while I was writing this piece.

He was diagnosed with stage 4 cancer 14 years ago but his stay on earth was somehow extended to do more good to more people who were less fortunate.