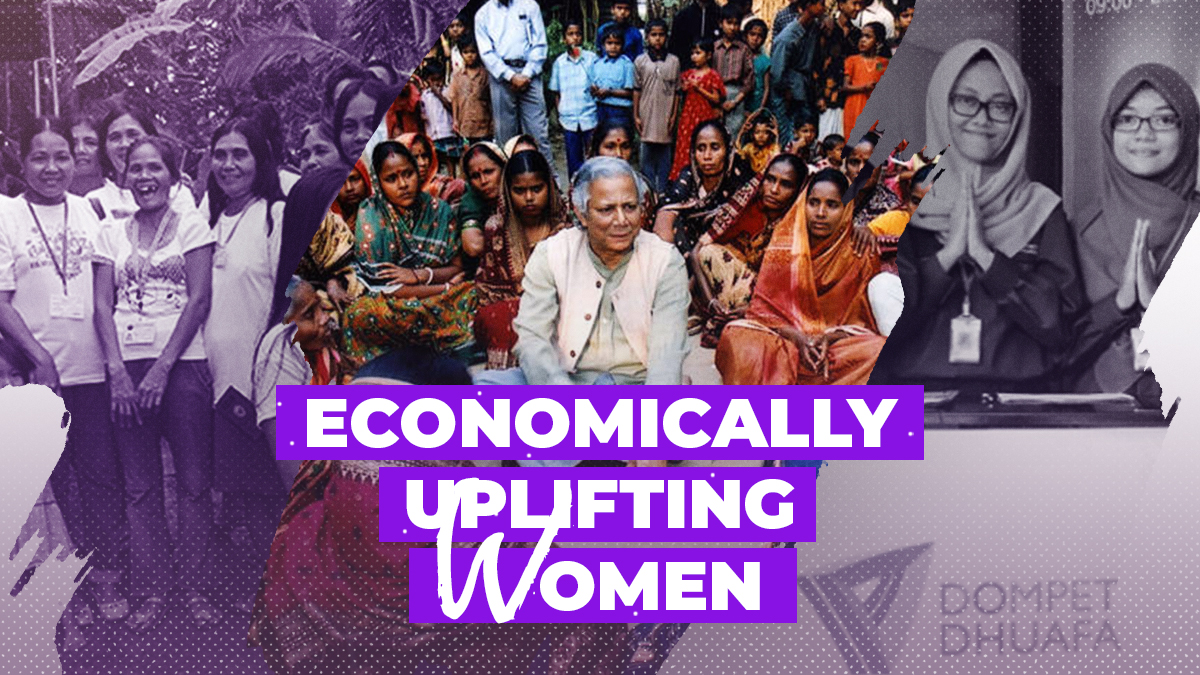 Poverty is one of the main problems in developing countries in Asia. It is influenced by different factors but a blaring one is, sad to say, GENDER. There are still many societies that disallow women to keep what they earn, or believe that they are unbankable.

Believing that breaking the longstanding circumstances of women’s financial exclusion and illiteracy, some Ramon Magsaysay Awardees like Muhammad Yunus, Center for Agriculture and Rural Development Mutually Reinforcing Institutions (CARD MRI), and Dompet Dhuafa work toward the economic empowerment of the 50% of the world’s population—the women. 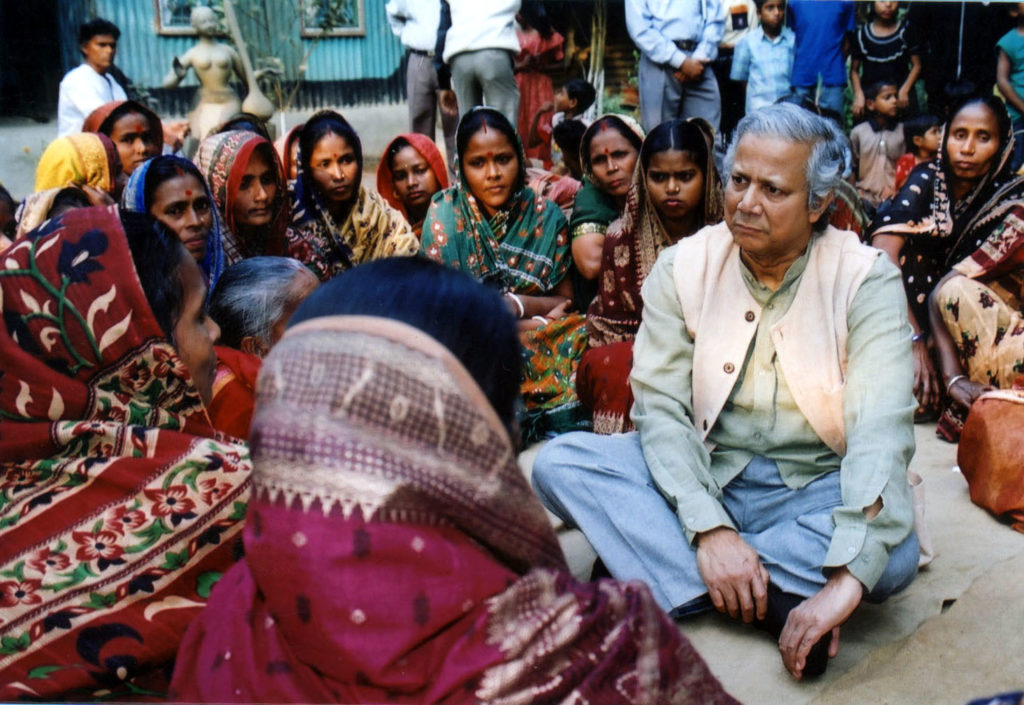 MUHAMMAD YUNUS is a pioneer of microcredit and microfinance who established the Grameen Bank in 1976. Three characteristics of the bank are: (1) borrowers were from the lowest income groups which is the landless poor, (2) full repayment was expected, and (3) a large percentage of the borrowers were women.

YUNUS came up with this solution by studying how women are involved in their family's financial capacity building which gave him a better understanding that the active participation of women in the bank can serve as a catalyst for change. Women borrowers of Grameen Bank who improve their socioeconomic status are usually concerned with the future of their children and thus have a heightened awareness of the advantages of health care and education. These women serve as role models to other women villagers.

Today, Grameen Bank has over nine million members, 97% of whom are women.

Only 44 years old at the time he received the Ramon Magsaysay Award in 1984, MUHAMMAD YUNUS was recognized for "his enabling the neediest rural men and women to make themselves productive with sound group-managed credit."

Lovingly referred to as “nanays”—mothers—by their account officers, not all those who borrow money from the CENTER FOR AGRICULTURE AND RURAL DEVELOPMENT MUTUALLY REINFORCING INSTITUTIONS (CARD MRI) have children. But virtually everyone is a self-employed woman who nurtures her family through micro businesses such as raising livestock or operating street-side diners, convenience stores, tailoring shops, and market stalls.

It is not a new idea. CARD MRI was inspired by Grameen Bank, started by Ramon Magsaysay Awardee and Nobel Peace Prize winner Muhammad Yunus to provide loans to destitute Bangladeshi women.

Jaime Aristotle Alip, together with other rural development workers, founded CARD to assist landless rural women working on the coconut plantations of Laguna Province. The organization eventually evolved from just offering microloans to small-scale livelihoods to offering loans for education, health and agriculture purposes. The success of CARD borrowers leads to better asset building and ownership. 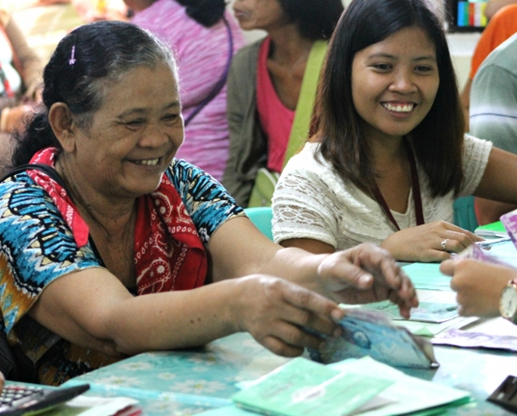 In receiving Asia’s premier prize and highest honor in 2008, CENTER FOR AGRICULTURE AND RURAL DEVELOPMENT MUTUALLY REINFORCING INSTITUTIONS was recognized for "its successful adaptation of microfinance to the Philippines, providing self-sustaining and comprehensive financial services for half a million poor women and their families."

One of the five pillars of Islam is zakat, or the giving of alms — an obligatory tax on adult Muslims that is dedicated every year to help the poor and marginalized.

With a big goal to alleviate poverty, DOMPET DHUAFA (DD) 5 main programs on health, economic, education, social, da'wah and culture, and waqf does not discriminate gender. Specific to women empowerment is the Social Trust Fund (STF) program. This money from STF serves as a loan for poor women who have or are starting a business.

The organization does not only try to ensure gender equality in the implementation of their programs. In fact DOMPET DHUAFA themselves believe in the power of women and 45% of their staff are women.

DOMPET DHUAFA received the 2016 Ramon Magsaysay Award "for redefining the landscape of zakat-based philanthropy in Indonesia, unleashing the potential of the Islamic faith to uplift, irrespective of their creed, the lives of millions."