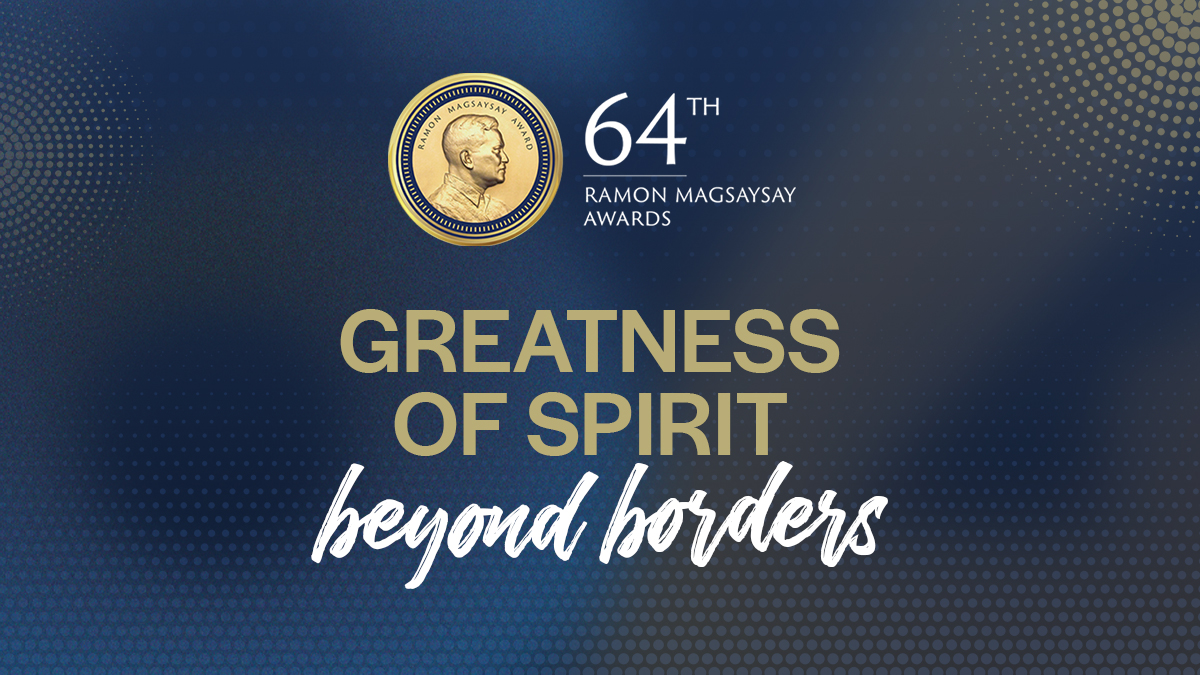 The 2022 Ramon Magsaysay Awardees are:.

SOTHEARA CHHIM, Cambodia, Mental Health Advocate. Chhim is a leading voice in Cambodian trauma syndrome. He is being recognized for “his calm courage in surmounting deep trauma to become his people’s healer; his transformative work amidst great need and seemingly insurmountable difficulties, and for showing that daily devotion to the best of one’s profession can itself be a form of greatness.”

TADASHI HATTORI, Japan, Sight-Saving Humanitarian. Hattori is the embodiment of individual social responsibility. He is being recognized for “his simple humanity and extraordinary generosity as a person and a professional; his skill and compassion in restoring the gift of sight to tens of thousands of people not his own; and the inspiration he has given, by his shining example, that one person can make a difference in helping kindness flourish in the world.”

BERNADETTE J. MADRID, from the Philippines, Children’s Rights Crusader. Madrid is a stalwart champion of every Filipino child. She is being recognized for “her unassuming and steadfast commitment to a noble and demanding advocacy; her leadership in running a multisectoral, multidisciplinary effort in child protection that is admired in Asia; and her competence and compassion in devoting herself to seeing that every abused child lives in a healing, safe, and nurturing society.”

GARY BENCHEGHIB, Indonesia, Anti-Plastic Pollution Warrior is being recognized for Emergent Leadership for “his inspiring fight against marine plastic pollution, an issue at once intensely local as well as global; his youthful energies in combining nature, adventure, video, and technology as weapons for social advocacy; and his creative, risk-taking passion that is truly a shining example for the youth and the world.” 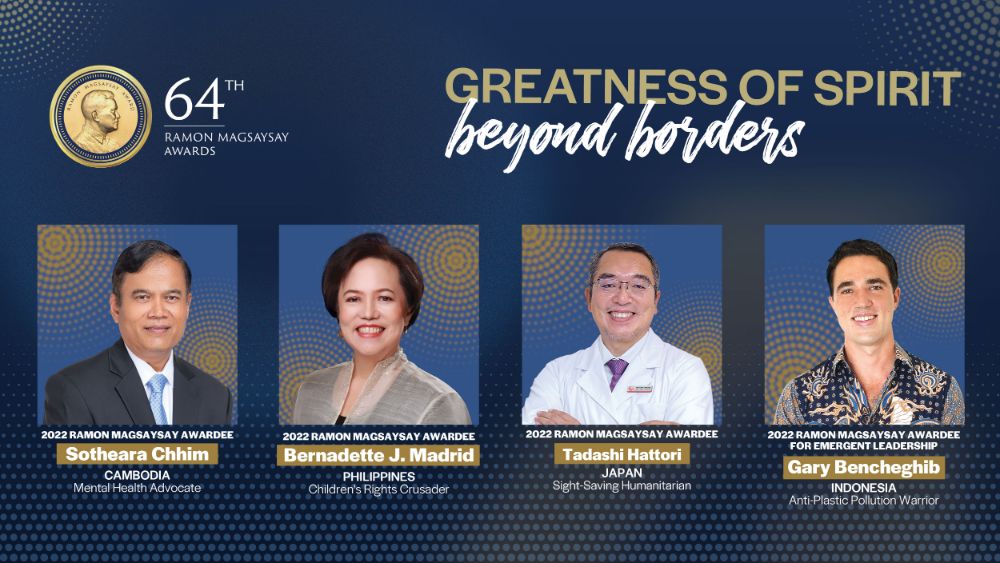 Established in 1958, the Ramon Magsaysay Award is Asia’s premier prize and highest honor. It celebrates the memory and leadership example of the seventh Philippine president after whom the award is named, and is given every year to individuals or organizations in Asia who manifest the same selfless service and transformative influence that ruled the life of the late and beloved Filipino leader..

He shares, “Sotheara Chhim of Cambodia reverses the compounding effect of generational trauma through his perseverance and empathy; Japan’s Tadashi Hattori demonstrates that dedication and kindness can elevate the definition of individual social responsibility; Filipino pediatrician Bernadette J. Madrid, despite the many obstacles on her horizon, joyfully creates safe spaces for children; and Gary Bencheghib from Indonesia inspires us all to reimagine the environmental impact we can make when we combine passion and a sense of adventure.”.

“The extraordinary work of the 2022 Ramon Magsaysay Awardees is testament to the borderless and limitless possibilities of Greatness of Spirit. This year’s Magsaysay Laureates allow us Asians to be prouder of our identity and heritage,” said Susan B. Afan, President of the Ramon Magsaysay Award Foundation..