Water is now a major issue in China, where majority of the rivers and lakes are polluted, and four hundred of its six hundred cities are facing water shortages. The problem has serious repercussions for health, food security, biodiversity, and economic growth. With rapid industrialization and urbanization, the problem has become even more critical. Forty-one year-old MA JUN is using creative and constructive ways to address the pollution crisis.

MA joined the Beijing bureau of South China Morning Post after finishing his university studies in English and journalism. As he traveled the country and wrote reports, he saw how China's economic boom was taking a destructive toll on the environment. In 1999, he published his book China's Water Crisis, which has been hailed as China's "first great environmental call to arms." In it, MA warned: "Sixty percent of our rivers are polluted, the proliferation of dams destroys ecosystems, our air quality is deplorable. This is simply unbearable."

Thus, in 2006, he established the Institute of Public and Environmental Affairs (IPE) and launched the China Water Pollution Map, the first public database of water pollution information in China. The database is a facility accessible in and outside China, using official data from various government agencies in charge of water resources and environment protection. Through the digital map, with the click of a button, people can survey the water quality in specific rivers and lakes all over the country, monitor pollution discharges, and find out which companies discharge pollution exceeding statutory levels. In this strategy of "name and shame," thirty-five thousand records of violations by corporations have been posted in the map to date.

MA expanded his work in 2007 with the China Air Pollution Map. Providing public access to air quality data, it has already named over ten thousand companies violating emission standards. Together with the water pollution database, this map has dramatically increased public awareness of the state of China's environmental pollution.

But MA and his organization do not just "name and shame"; they also proactively help companies resolve their pollution management problems. Polluters are removed from the offenders' list after professional, third-party audits have shown that they have made changes to improve their company's pollution control. To complement its database program, IPE, together with twenty other NGOs, has organized the Green Choice Alliance, which works on supply chain management systems by getting corporations to openly commit not to use polluters as suppliers of products or services. Leading multinationals like General Electric, Wal-Mart, and Nike which have made such a commitment are using the IPE database regularly to track the performance of their suppliers in China.

It is MA's fervent belief that public knowledge exerts pressure on government and corporations to act. Taking advantage of the government's greater openness to public participation in environmental protection, he has introduced initiatives that are both constructive and realistic. For this reason, his work is exerting a unique influence on environmental practices in China. MA says that the next twenty years is a critical period for his country. "We need to make sure that this generation of Chinese has the best environmental health standards. We need to keep the best of our natural and cultural heritage, and hand it over to the next generation."

In electing MA JUN to receive the 2009 Ramon Magsaysay Award, the board of trustees recognizes his harnessing the technology and power of information to address China's water crisis, and mobilizing pragmatic, multisectoral and collaborative efforts to ensure sustainable benefits for China's environment and society.

It is a great honor for me to be elected to receive the 2009 Ramon Magsaysay Award. I take this Award as a recognition of the multi-stakeholder efforts made in China to reduce pollution and achieve sustainable development.

Like many Asian countries that are going through industrialization and urbanization, China is facing a multiple set of environmental challenges including water and air pollution, exhaustion of resources and degradation of the ecosystem, as well as climate change. These have posed a severe threat to the health of our people, and to the sustainability of our country.

Increasingly, people have come to realize that environmental damage in such a magnitude could only be tackled through broad public involvement. But people cannot meaningfully participate in governance without access to information. Besides, economic globalization means that the damage to the local environment and communities caused by industrial pollution may occur in a place thousands of miles away from those who consume the cheap products made in developing countries.

To promote environmental transparency in our country, and to contribute to global-level environmental monitoring, we at the Institute of Public and Environmental Affairs built a national water and air pollution database, taking advantage of the expanding penetration of the Internet and other IT technology. When people gain access to environmental quality data and factory-based violation records, large numbers of corporations are exposed to public scrutiny, and an increasing number of them start to change their behavior.

Today the fast growth of the world's population, and the even faster expansion of the scale of consumption and manufacturing, quickly consume the world's limited resources and put mounting pressure on its fragile ecosystem. Meanwhile, a rising public awareness, evolving government policy, and an emerging sense of corporate responsibility have set the stage for participatory environmental governance. We trust that the green choice made by an informed public will provide the ultimate driving force for sustainable development.

We are only at the beginning of a long journey towards sustainability.

I am grateful to the Ramon Magsaysay Award Foundation for such a major acknowledgment to our work. It will go a long way in encouraging us and others to carry on the prolonged endeavor. 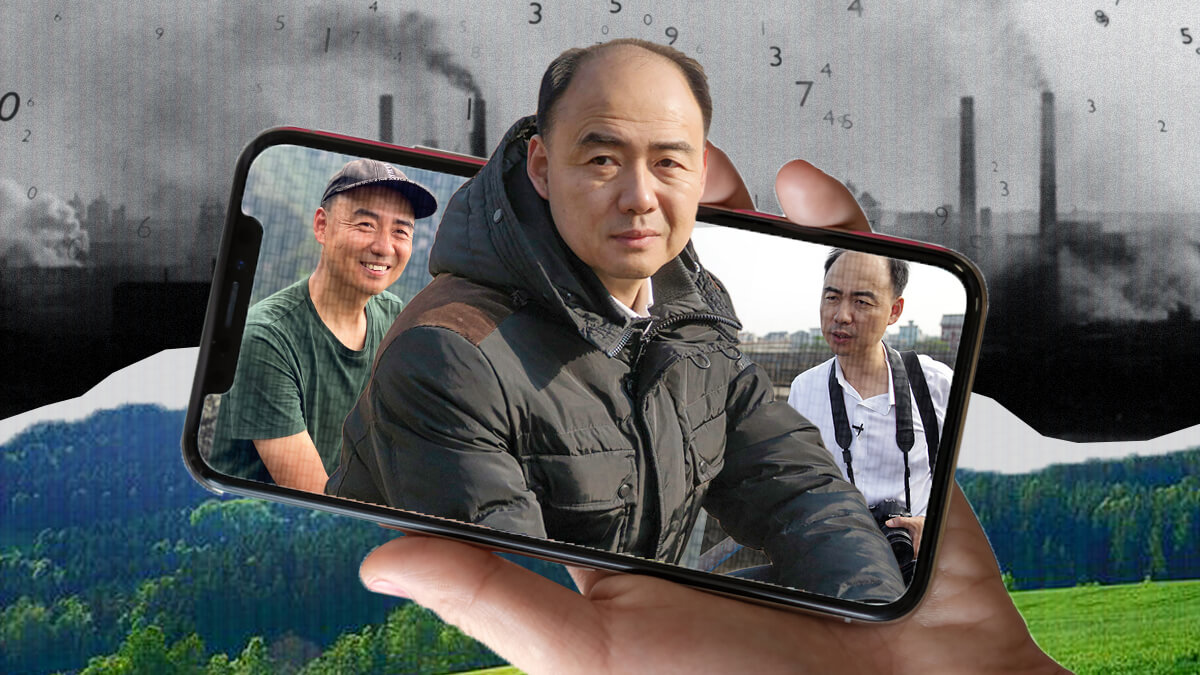