2019
A joyous Filipino artist who is continuously nurturing young people's gifts through power of music
Learn more about the awardee:

The Philippines is known for its rich musical culture and blessed with a surfeit of musical talent. For one to stand out as singular and indispensable is truly outstanding.  Such a musical leader is RAYMUNDO PUJANTE CAYABYAB. 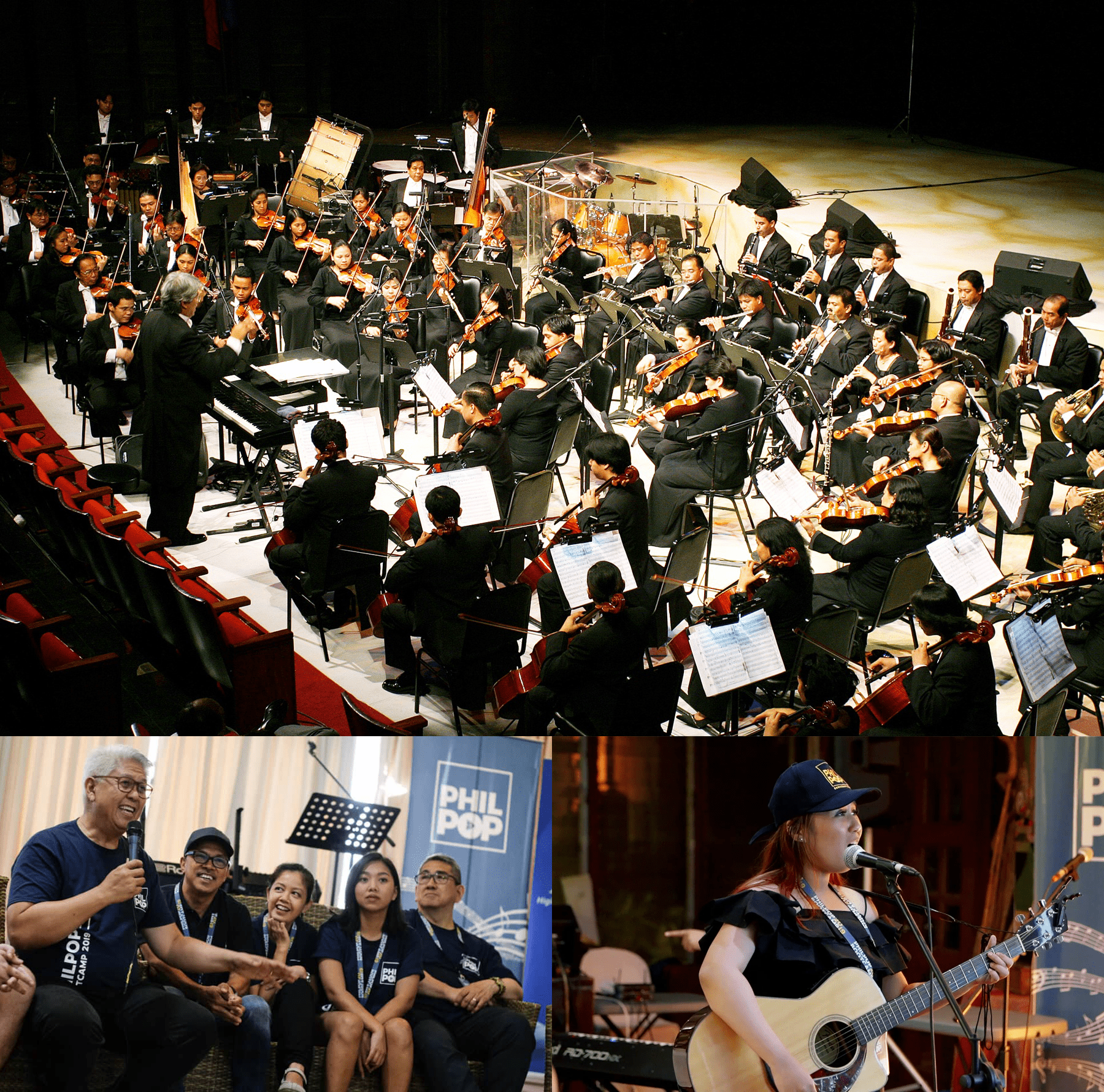 Known throughout the country as RYAN CAYABYAB, he  has enriched the country’s musical culture for the past four decades, through his compositions, performances that have gained recognition locally and abroad, but more iconically for the composing and performing talent he has spawned, and for his promoting a distinct, contemporary Filipino popular music as a leader  of the Original Pilipino Music (OPM). 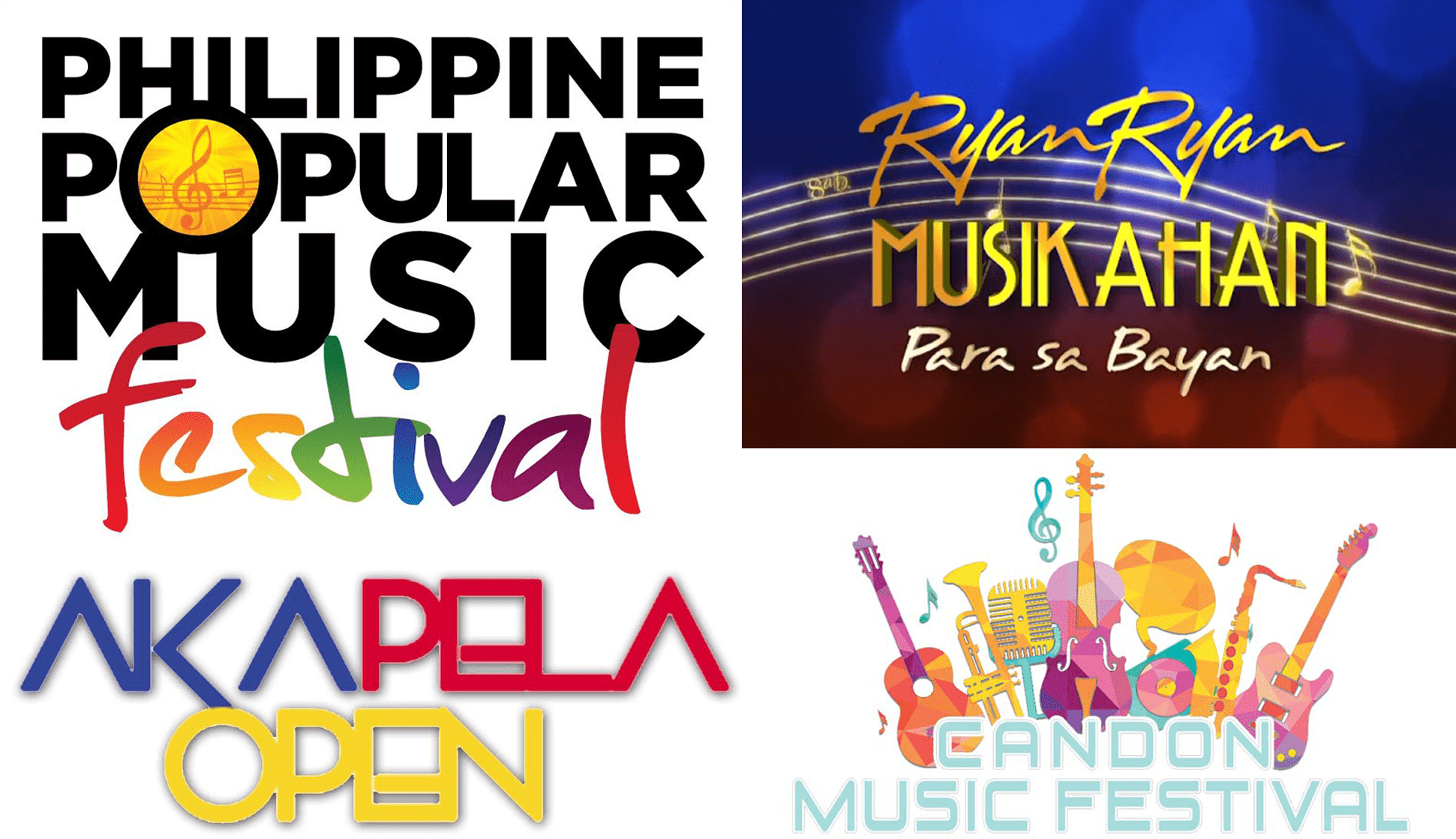 Driven by his passion to mentor, educate, and contribute to the flourishing of Filipino musical talent, RYAN runs a music studio and conducts free workshops for thousands of students all over the country. He is a driving force in significant initiatives dedicated to music training, promoting Filipino music abroad, and fostering Filipino cultural identity through music.

A grateful nation honored him in 2018 as National Artist for Music, citing him for his music “…capturing the very essence of our Filipino soul.” 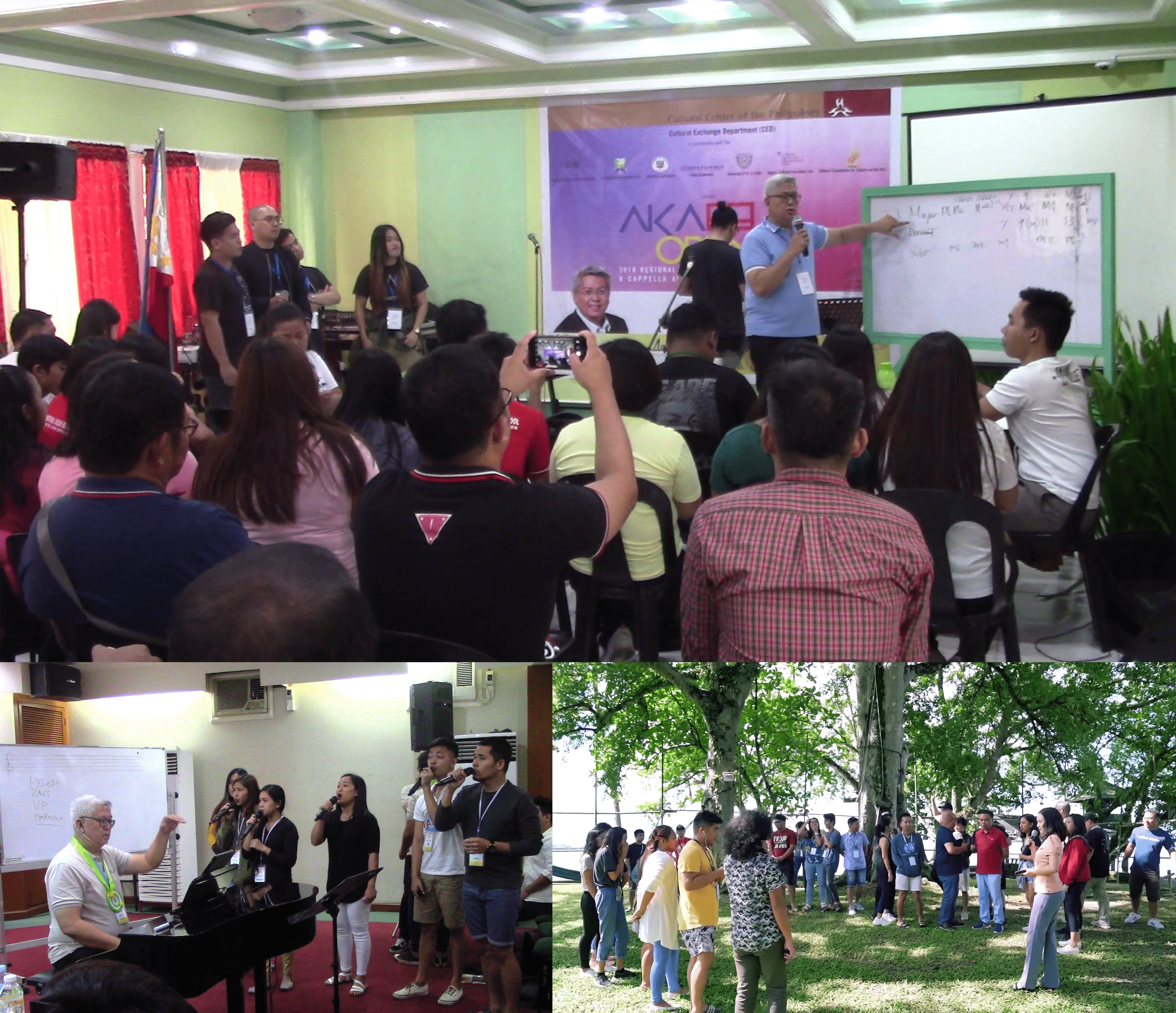 Always with an infectiously optimistic  commitment to the future, RYAN insists, “The next generation should be better than us for our country to move forward.  For this to happen we must teach them everything we know at every possible instance.  I like teaching, I like sharing what I know, and I like playing music.  When I’m doing all these, I’m very happy.” 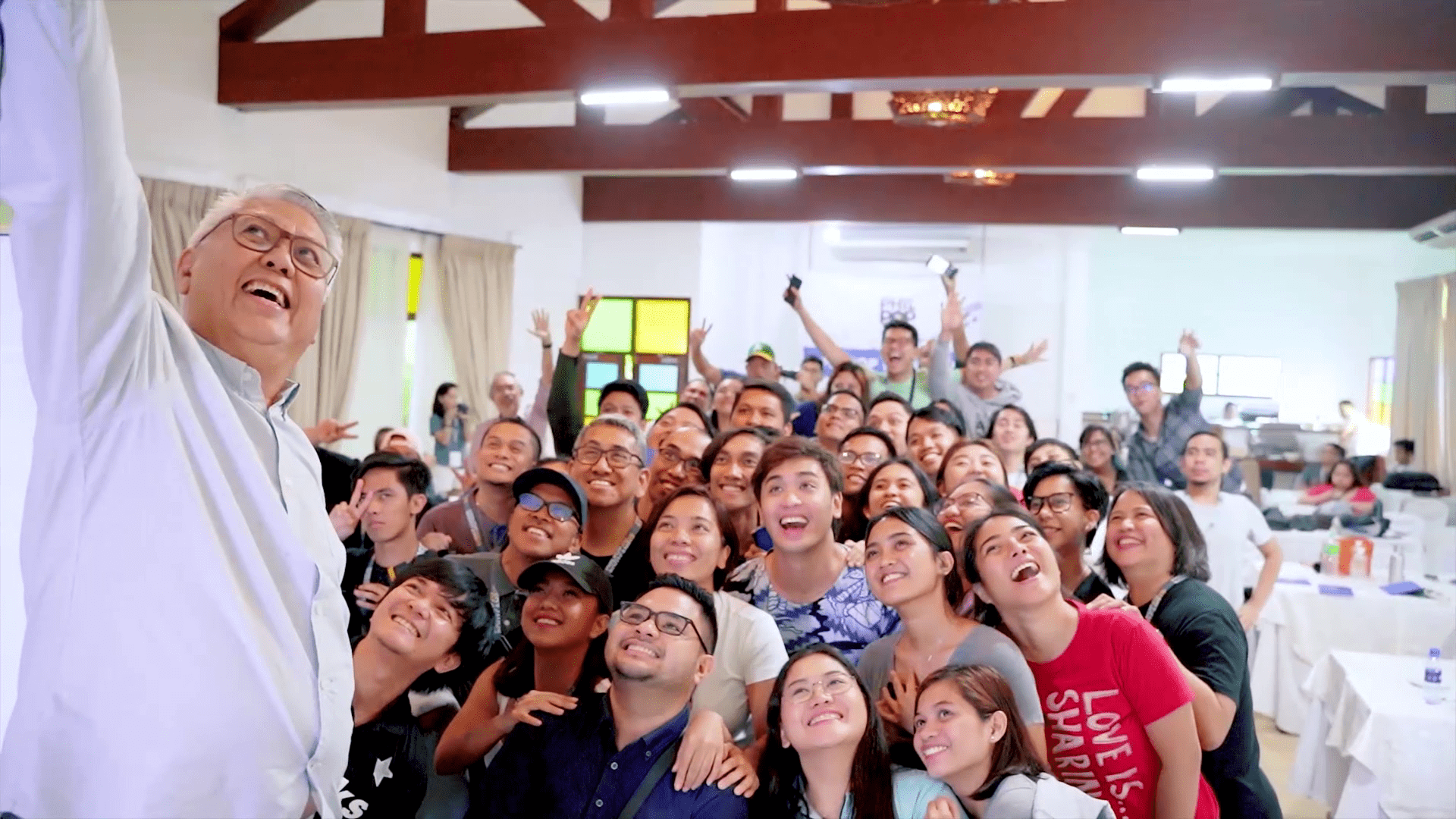 In a country known for its rich musical culture and blessed with a surfeit of musical talent, to stand out as singular and indispensable is truly outstanding.  In the Philippines today such a musical leader is RAYMUNDO “RYAN” PUJANTE CAYABYAB.

Born in Manila, one of four siblings, RYAN’s father was a government employee, his mother an opera singer and music teacher. Though the family’s circumstances were modest, theirs was a home filled with music, particularly since his mother took in music students as boarders.  Everyone in the house seemed to be either singing or playing an instrument, and RYAN grew up listening to classical music, opera arias, and traditional native songs.  Heeding his mother’s admonitions to shun the musician’s financially unrewarding career, RYAN took up a business management course, but to help pay for his university studies he took on side jobs as pianist or accompanist for musical artists. The parents of one such artist were so impressed with his talent that they gave RYAN a full scholarship to pursue a degree in music instead.  From this point on, music would be his life-work.

Versatile, a consummate professional, and universally liked, RYAN CAYABYAB is virtually omnipresent in the Philippine music industry today.  For over four decades, his contributions as a composer, arranger, music director, conductor, performer, and educator have been huge.  RYAN started to write music in the late 1970s, making his mark when his signature song “Kay Ganda ng Ating Musika” (How Beautiful is Our Music) won the grand prize in the first Metro Manila Popular Music Festival (Metropop) in 1978 and in an international song festival in South Korea in the same year.  He went on to win in other competitions and performed widely in the Philippines and abroad.  As head and artistic director of the San Miguel Foundation for the Performing Arts, he acted as conductor, arranger, and composer of its award-winning Philharmonic Orchestra and Master Chorale.  Subsequently, he would be involved in training singers and music groups that have won significant national and international recognition.

At home in diverse genres and media—choral and orchestral works, musical theater, opera and ballet, television programs, film scores, commercial recordings of popular music—RYAN has influenced the shaping of Philippine music culture.  An instance is the role he has played in the Original Pilipino Music (OPM) movement to promote a culturally distinct, contemporary Filipino popular music.  The movement arose in the 1970s with the Metropop, continuing to this day with Philippine Pop Music Festival (Philpop).  RYAN has played a leading role in these and other festivals, which have been important in inspiring and promoting thousands of singers and songwriters in the country.

RYAN is driven by a passion to mentor, educate, and contribute to the flourishing of Filipino musical talent.  He has served in the music faculty of the University of the Philippines, runs a music studio with his wife, and has conducted free workshops for thousands of students all across the country. He is a moving force in the Philpop Musicfest Foundation and the Elements Music Camp, major initiatives dedicated to music training, promoting Filipino music abroad, and fostering Filipino cultural identity through music. Honored in 2018 as Philippine National Artist for Music, he was cited for his music that “extols the exuberance of life and human happiness, thus capturing the very essence of our Filipino soul.”

An inspiration and guiding light to many, RYAN says, “The next generation should be better than us for our country to move forward.  For this to happen we must teach them everything we know at every possible instance.  I like teaching, I like sharing what I know, and I like playing music.  When I’m doing all these, I’m very happy.”

In electing RAYMUNDO PUJANTE CAYABYAB to receive the 2019 Ramon Magsaysay Award, the board of trustees recognizes his compositions and performances that have defined and inspired Filipino popular music across generations; his indomitable, undeterred confidence to selflessly seek, mentor and promote young Filipino musical genius for the global stage; and his showing us all that music can indeed instill pride and joy, and unify people across the many barriers that divide them.

The first song I ever wrote was based on a poem I found in the notebook of a school mate. I was twelve years old and a freshman in high school.  I had no idea that this was the start of a creative music writing career. And even if my mother, an opera singer, dissuaded all her children to take up a career in music, it was here that I found my calling. Songwriters are chroniclers who write about their happiness, their sorrows, their surroundings, their country, their aspirations and anxieties. They mirror everything that happens around them, including socio-political changes in society, and write personal stories in the context of their milieu, in a language that transcends time and barriers.

When I was starting out as a teacher at the U.P. College of Music in Diliman, I realized immediately that this was what I would like to do: spend my life teaching music. Teaching all I know, to young musicians. My wife and I even started to operate a small music school, teaching non-degree courses in music performance and creative music writing just to feed a simple desire. A professional musician once asked me, “Aren’t you afraid that by teaching everything you know you are actually divulging trade secrets?”  Because of this remark it became even clearer to me why I wanted to teach. There really are no trade secrets; but even if there were, I would divulge them anyway.

Teaching can transform lives. I want everyone I teach to discover their maximum potential. I also want them to be better than me. And because I think this was the basic track that I wanted to take, I was able to influence many of my younger colleagues in the music industry to adopt the same vision: to enable the new generation of songwriters to be better than our generation, so that our music community can to move forward, and thus bring the entire creative music industry to new heights, and hopefully help the country to move forward by becoming leaders and songwriters of new music for the world to hear.

Another very compelling vision I share with many of my colleagues is this goal to make the Filipino public aware that our original music is not only a form of entertainment but a living tradition. It is the binding ‘glue’ that forms, strengthens and positively moves the Filipino community, thus rendering it vital and essential to keep on making, promoting and supporting Filipino-made music.  Moreover, it contributes to the vibrant music movement happening in the entire Asian region affecting the lives of its people.

Thank you for this honor bestowed upon me. Thank you to the board of trustees. I share this award with all my colleagues in the music industry who tirelessly give their time to help accomplish our goal of discovering and training future generations of creative songwriters; and to writing new works to contribute to the music literature of our country and of the world.